Being all three stooges

Have you ever felt like all Three Stooges at the same time. I do sometimes.

Yesterday, I was reconnecting my kegerator after having defrosted and cleaned it. Here's a description of the system (it's pretty standard, really):

One red plastic tube goes from the regulated gas cylinder... 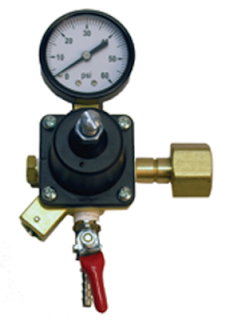 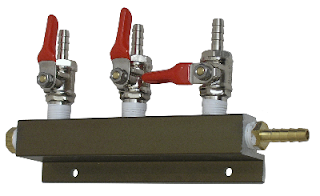 The earth destroying gas continues its journey through another red tube which is terminated in a threaded Cornelius ball lock gas quick connect device.... 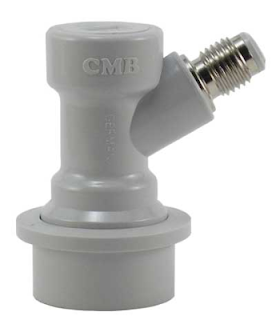 ...which connects to the "gas in" post on the beer filled Cornelius keg:

The gas enters the keg through a small tube and provides an atmosphere of carbon dioxide which carbonates the beer. 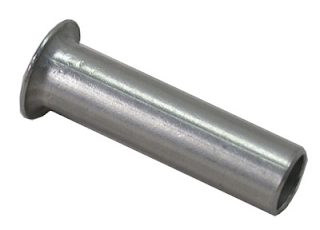 The gas pressure (being greater than atmospheric pressure) pushes the yummy beer out of the keg through a tube that begins from the bottom of the keg.

The beer is accessed from the keg by a threaded Cornelius ball lock beer quick connect device... 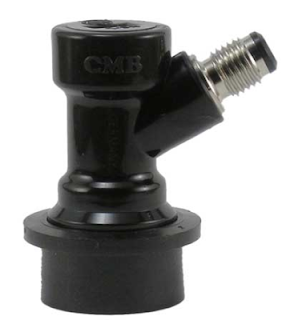 The beer will flow through a tube to my three-tap tower... 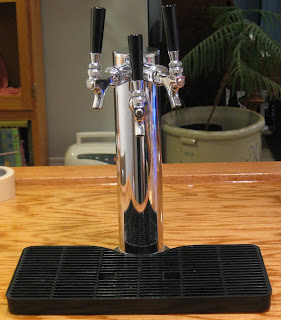 ... where it is dispensed with the greatest deal of satisfaction.

But, here's the deal. See those devices at the terminus end of the beer delivery system? Yeah, the taps. They are what we call in the industry "important." See, they're valves. On/Off. That sort of thing. But, mostly off. Without a valve in place, it's pretty much 'on.' 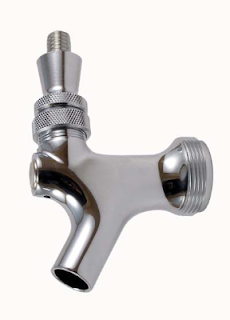 As I was reconnecting all of the previously describe components, I failed to connect the taps (a.k.a. the ON-OFF valves). The gas was connected and the cylinder was open. The keg was again pressurized. My last connection (or so I thought at the time) was the connection of the line that runs from the keg to the tap. I made the quick connection, locking the connector in place when the fun started.

Without having the taps in place, the beer started shooting out of the tap tower (sans tap) with about 6.89475728e+28 yoctopascals of pressure (thats 10 psi). It was a steady stream of unrestrained beer. My first indication that I was on the receiving end of a beer jet was that my shoulder was getting wet. I turned to look and started getting right in the chest. Here's where it got real Stoogy. I frantically panicked and in typical fashion spent the next several seconds doing nothing useful to correct the problem. Meanwhile, I'm getting hosed down by beer. I know, it sounds like a dream, but when it's in your house it's not.

I finally gathered my wits. Using one hand to deflect the torrent, I pulled the connection off of the keg and the beer deluge ceased. I looked at myself and all of the beer covering my bar and tile floor (about a half gallon in total) and started to clean up. Thankfully, because I was at the receiving end of the beer jet, the beer never reached the carpet. So I got that going for me.
Posted by Chemgeek at Saturday, September 05, 2009

Oh boy, I have been there. Not with beer though... I bet that was a bitch to clean up.

I cleaned it completely. Or so I thought. Today, it had that stale beer, post-frat party funk in the area of the spill.

it is sad to have your good beer all over the floor but look at the bright side: now you know how to keg (and there were no witnesses). The post-frat party funk is best cleared up by smoking a strong cigar there

oooooohhhh, I am crying over spilt beer :-(

the other anonymous said...

you forgot to end the last sentence of your recent post with, "...which is nice".

A true McKenzie brother would have put mouth on open tap and sucked that baby down!

Im leaving this comment not because I actually read the whole post about valves and knobs and such but because you said (and actually own a) kegerator!